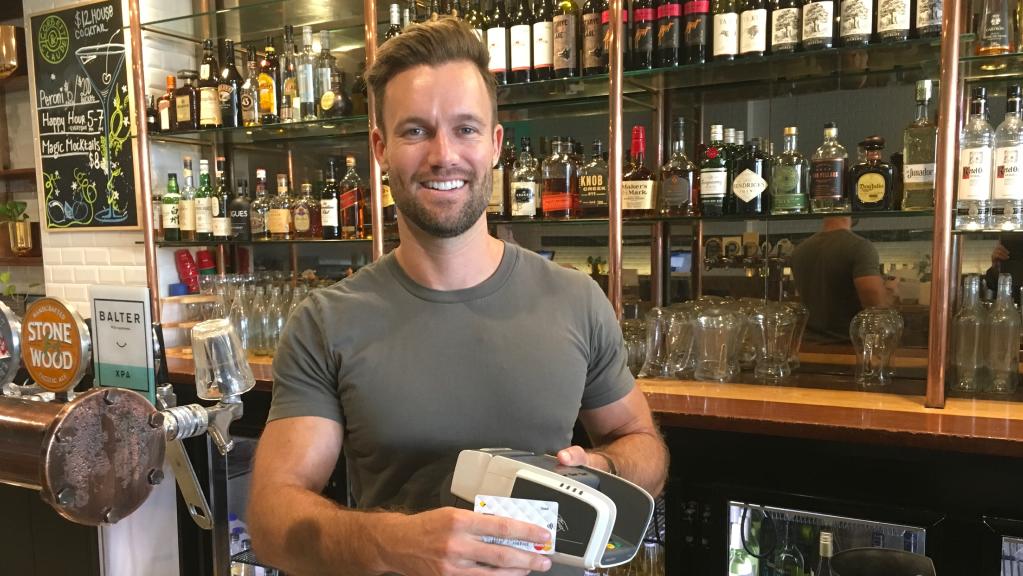 A LOCAL restaurant chain has proven Brisbane is ready for a cashless society after operating successfully for more than two years accepting only credit and debit card payments.

Tim Johnson, owner of Corbett and Claude restaurants, estimates being cashless has cost him, on average, about two customers per day but the benefits far outweigh the negatives.

He said none of his restaurants require a safe or a float, there’s no need to count cash, do a “change run” to the bank, order coin bags or make daily deposits,

He said the decision to be cashless has saved him a small fortune and has helped prevent any discourse with employees over the takings not balancing.

“I spent over 20 years in hospitality and the amount of nights I spent counting and recounting cash at two in the morning to check its right and worrying about it was countless,” he told The Courier-Mail.

“There’s also the shadow of doubt across team members if you lose $100 in a day and have to ask where it went.

“It might have been an innocent mistake but you create a negative vibe just asking people about it, so there’s no need to worry about that and it just simplifies everything.”

Owner Jacqui Toumbas, on the recommendation of Mr Johnson, set-up Miss Bliss Pantry in James St as a cashless entity.

Only one person, “of the older generation”, abused a staff member because they couldn’t pay with cash.

“As a business owner, I thought it was great,” Ms Toumbas said.

“Some people were shocked at first and some of our customers got very used to it and accepted it, they thought it was a cool concept.

“It changed everything from a business owner’s point of view. Everything was so much easier and because it was a small business you’re not worrying about change and needing a safe.”

Since Mr Johnson opened his first restaurant at Indooroopilly Shopping Centre in 2015, he now has three more Corbett and Claude eateries, including one at Rhodes, north of Sydney, and two Comuna Cantina Mexican restaurants. They are all cashless.

He said any business owner planning to initiate a cashless system should choose their location wisely as some areas of Brisbane may be more accepting of a card-only restaurant than others.

“There’s no cash handling, so there’s no safe, no cash drawers and no labour wasted on counting or banking money and that saves about two hours a day,” he said.

“If you are going to open a cashless venue, you need to think about the style and location of the venue and the demographics of the area as well.”