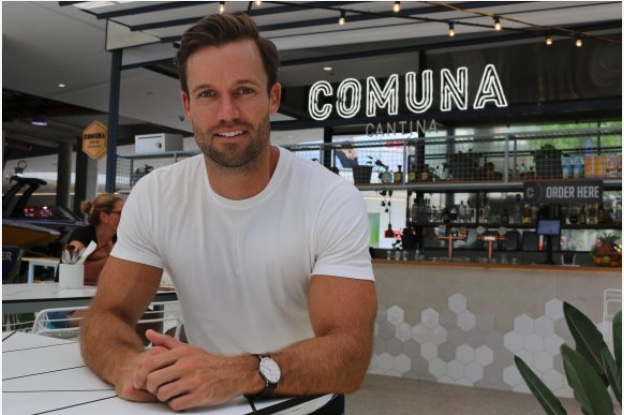 Queensland restaurateur Tim Johnson has taken out the top honours in the Hospitality and Tourism category of the prestigious Brisbane Young Entrepreneur of the Year Awards 2017.

Johnson’s venues include Latin street food eatery, Comuna Cantina, with two locations on the Gold Coast and in Brisbane and modern Italian restaurant Corbett & Claude, which operates three locations in Brisbane and another in Sydney.

“Winning a significant award like this is an opportunity to reflect on the strength of the hospitality culture we have initiated and continue to build on, since opening our first restaurant in Brisbane in 2015, and of course to give credit to our dedicated and passionate team, and to our customers whose feedback is at the core of what we do,” Johnson says.

“There is such a strong entrepreneurial culture in Brisbane and the Gold Coast and an energy that feeds the success of its new businesses, and we are extremely proud to be recognised among our peers for contributing to the future of the region’s hospitality and tourism industry.”

“These are the young people who are the future of business in the region and they’re the ones who will drive jobs growth and wealth creation,” she says.